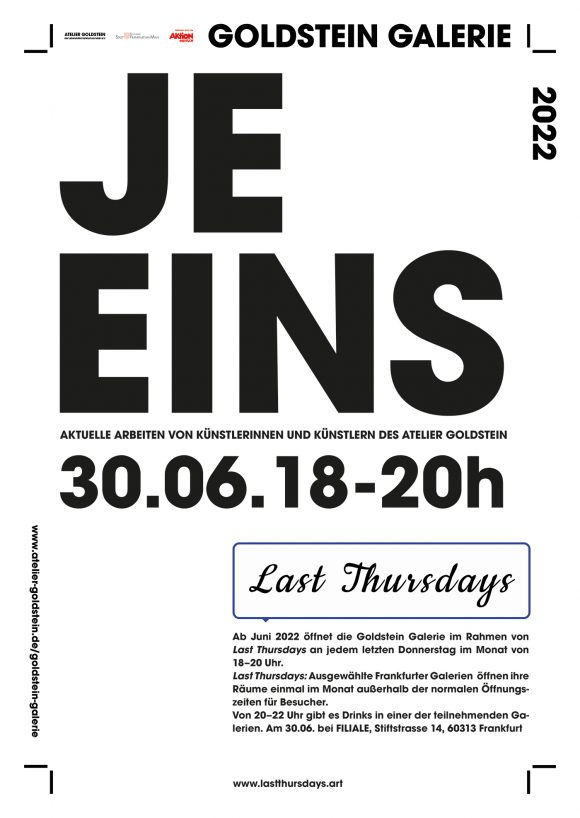 The Last Thursdays initiative is designed to give interested people the opportunity to visit the current exhibitions of selected Frankfurt galleries outside of normal opening hours: www.lastthursdays.art

Starting in June 2022, Goldstein Galerie will open its doors on the last Thursday of every month from 6-8pm as part of Last Thursdays. Drinks will be available from 8pm-2pm at one of the participating galleries.

Beginning June 30, current works by artists from Atelier Goldstein will be on view at Goldstein Gallery under the title JE EINS.
The short show of works already directs the view to the upcoming event series About Working, which starts on July 10, 2022. More information will follow.