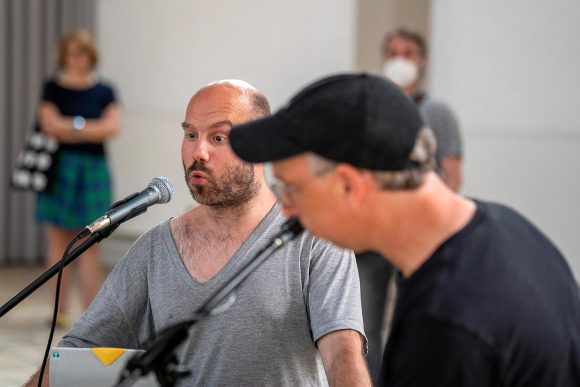 Atelier Goldstein was invited by Project Art Works to design its own space as part of documenta fifteen. Works by Julius Bockelt, Hans Jörg Georgi, Franz von Saalfeld and Juewen Zhang are on show till 25 September 2022.

At the end of this exhibition, an improvised concert by Julius Bockelt and Sven Fritz will take place in the Hübner-Areal. The two artists and musicians have been working together as Superposition in the context of Atelier Goldstein since 2014. In their experimental music performances they are working with Casio keyboards, modular synthesizers, percussive elements, field recordings and voices, among other things.